Today we celebrated a significant moment in the Loch Katrine story. This was a royal visit, exactly 160 years ago.

The aqueduct takes water by gravity from Loch Katrine to the Milngavie and Balmore water treatment works before it is supplied to around 1.3 million people across Greater Glasgow and west central Scotland.

This Victorian megastructure is regarded as one of the world’s greatest feats of engineering of its day and helped to transform the health of citizens, giving them clean water. The aqueduct continues in full use 160 years on. 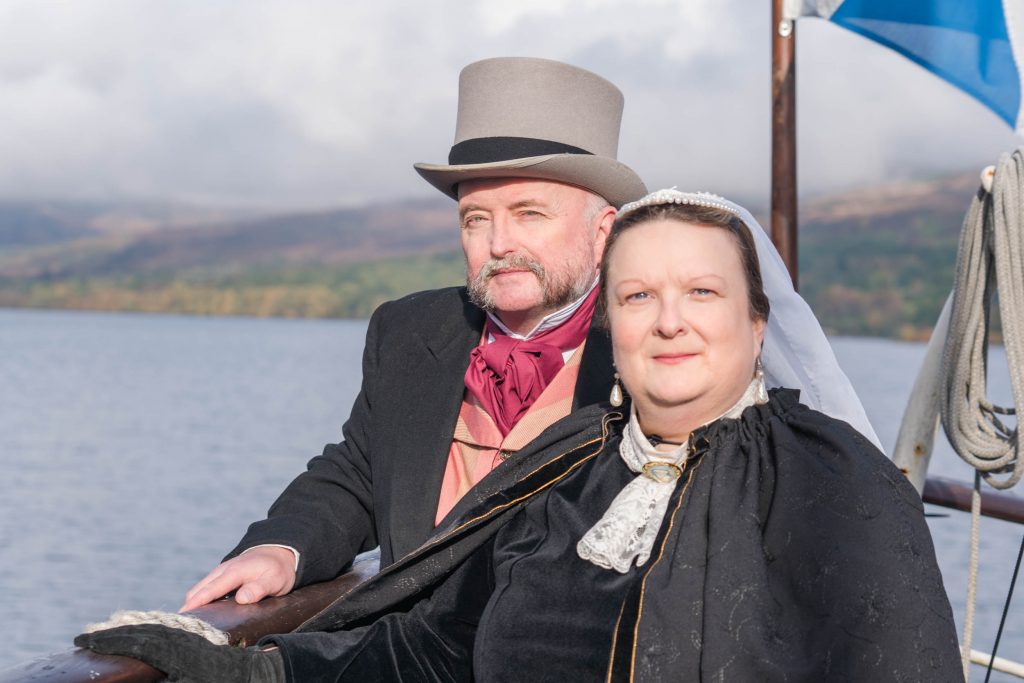 The anniversary of the royal opening was marked with a series of special sailings on the Sir Walter Scott Steamship and Lady of the Lake cruise boats. Joining passengers on board were actors playing the parts of Queen Victoria and Prince Albert, along with members of Gartmore Theatre Company, dressed in Victorian costumes.

Queen Victoria in 1859 had visited Trossachs Pier, having travelled from Callander Station. The royal party sailed to Stronachlachar, close to the aqueduct by the predecessor steam ship to the Sir Walter Scott – Rob Roy II. On arrival at Stronachlachar the Queen and family were rowed to Royal Cottage.

Back in 1859 the newly built Royal Cottage would have accommodated the royal party during their visit, had the volume of the 21-gun salute tribute to Queen Victoria not resulted in all of the windows smashing! 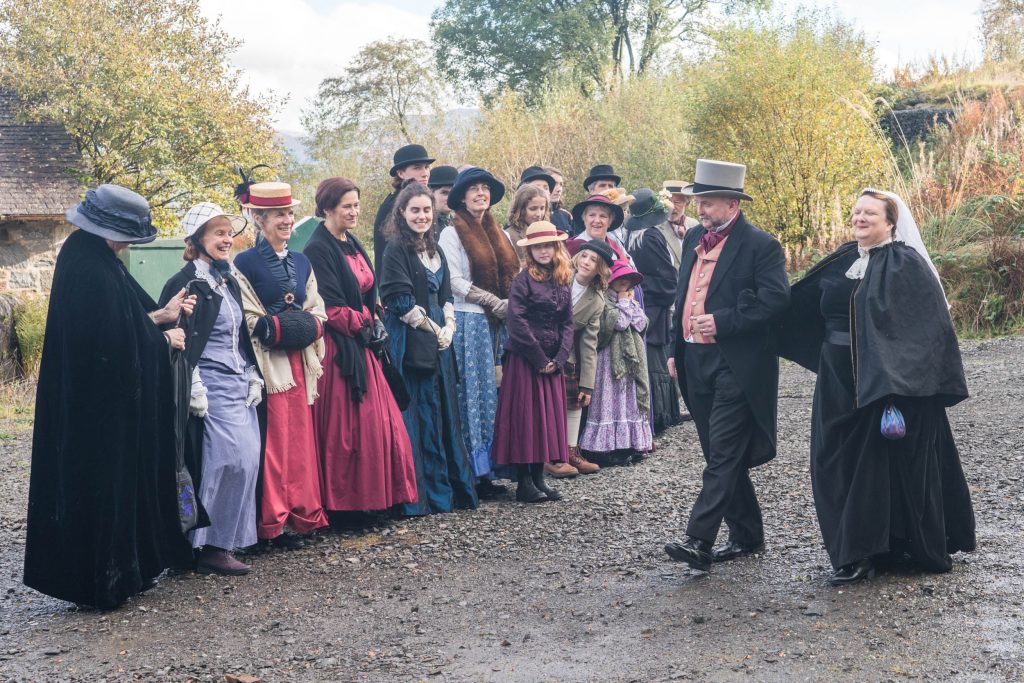 The visit of Queen Victoria for the opening of the aqueduct drew large crowds. So many in fact, that the carriages and coaches couldn’t cope. As a result, many people walked across the hills putting up with the terrible weather of that day to reach the site of the opening, close to the southern end of Loch Katrine.

Today we commemorated that opening ceremony at the aqueduct, with thanks to Scottish Water for special access, with a line read by the actor portraying Queen Victoria from the original speech:

“It is with much gratification that I avail myself of this opportunity of inaugurating a work which, both in its conception and its execution, reflects so much credit on its promoters, and is so calculated to improve the health and comfort of your vast population, which is rapidly increasing round the great centre of manufacturing industry in Scotland.

Such work is worthy of the enterprise and philanthropy of Glasgow and I trust it will be blessed with complete success. I desire that you convey to the great community which you represent my warmest wishes for their continued prosperity and happiness.”

The effect that the aqueduct had on the city of Glasgow is difficult to overstate. This new system that delivered fresh water from Loch Katrine replaced the need to draw water from wells and streams, a significant improvement for the health of the residents of Scotland’s largest city.

An impressive Gothic fountain was erected in Kelvingrove Park, Glasgow in 1871. The fountain pays tribute to Robert Stewart the driving force of the project. The fountain is carved with scenes that represent the Trossachs and the writing of Sir Walter Scott. It was restored for the 150th anniversary 10 years ago with additional features added to commemorate that milestone.

Today at Stronachlachar Dalmore, an Edwardian steam tug joined in the celebrations, allowing the actors to have a mini sail around the pier and close to the aqueduct. 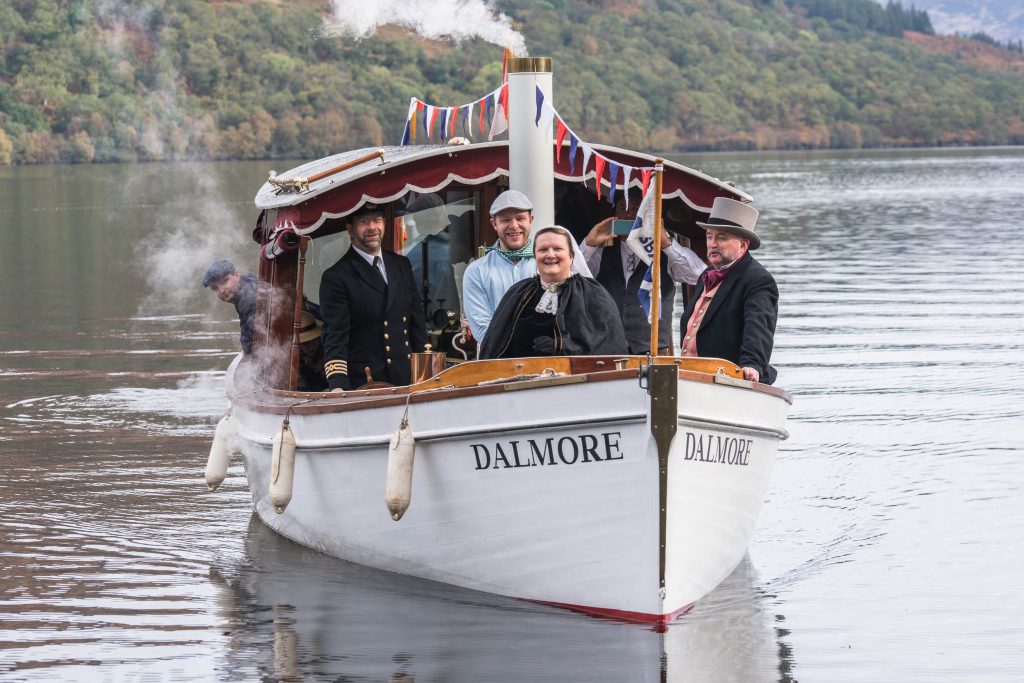