Loch Katrine and surrounding areas are steeped in history and is recognised as the favoured and much loved setting of some of Sir Walter Scott’s most famous poetic works, as well as boasting links to Scottish legend Rob Roy MacGregor. But did you know it was closely linked to Queen Victoria too? 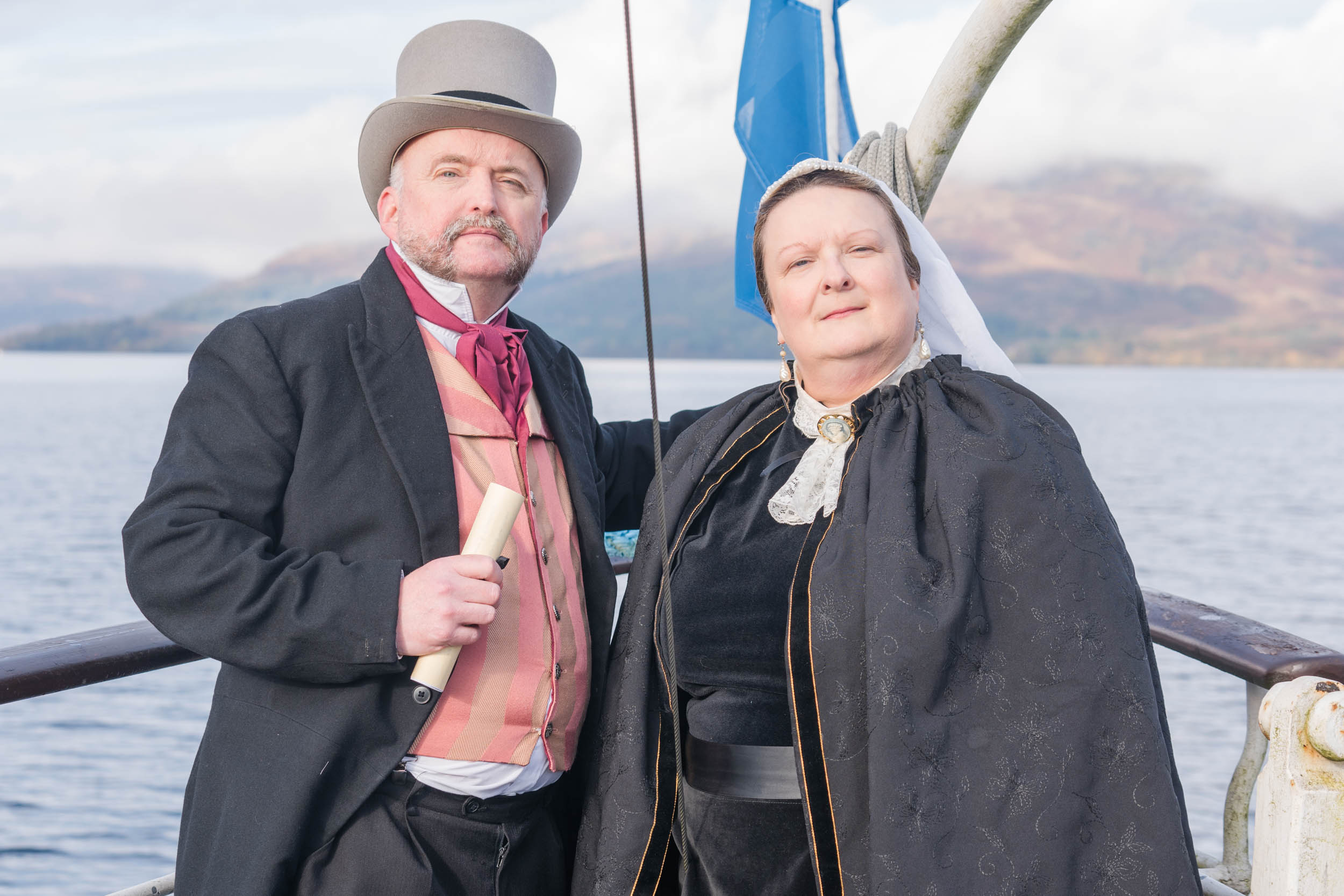 The loch itself is also steeped in its own unique engineering history, providing fresh water to the city of Glasgow, a history closely linked with its own historic figurehead – Queen Victoria. In 1855 construction started on the Loch Katrine water project.

Built under the guidance of revered civil engineer John Frederick Bateman, the completed work was opened by Queen Victoria during her visit to the loch in October of 1859.

Her official visit and ceremony was not the only event to be remembered during her time on the loch. Themonarch famously demanded a house and jetty be built for her use during her visit, a demand that wasmet by the site team. A beautiful Gothic Royal Cottage and jetty were built for the Queen but were neverdestined to be used for an overnight stay as the 21-gun salute that welcomed her shattered the cottage windows!

Take a trip into history and explore this heritage steeped setting. Why not hop on board one of our Loch Katrine cruises to see Queen Victoria’s Royal Cottage from the comfort of the Steamship Sir Walter Scott or the Lady of the Lake. 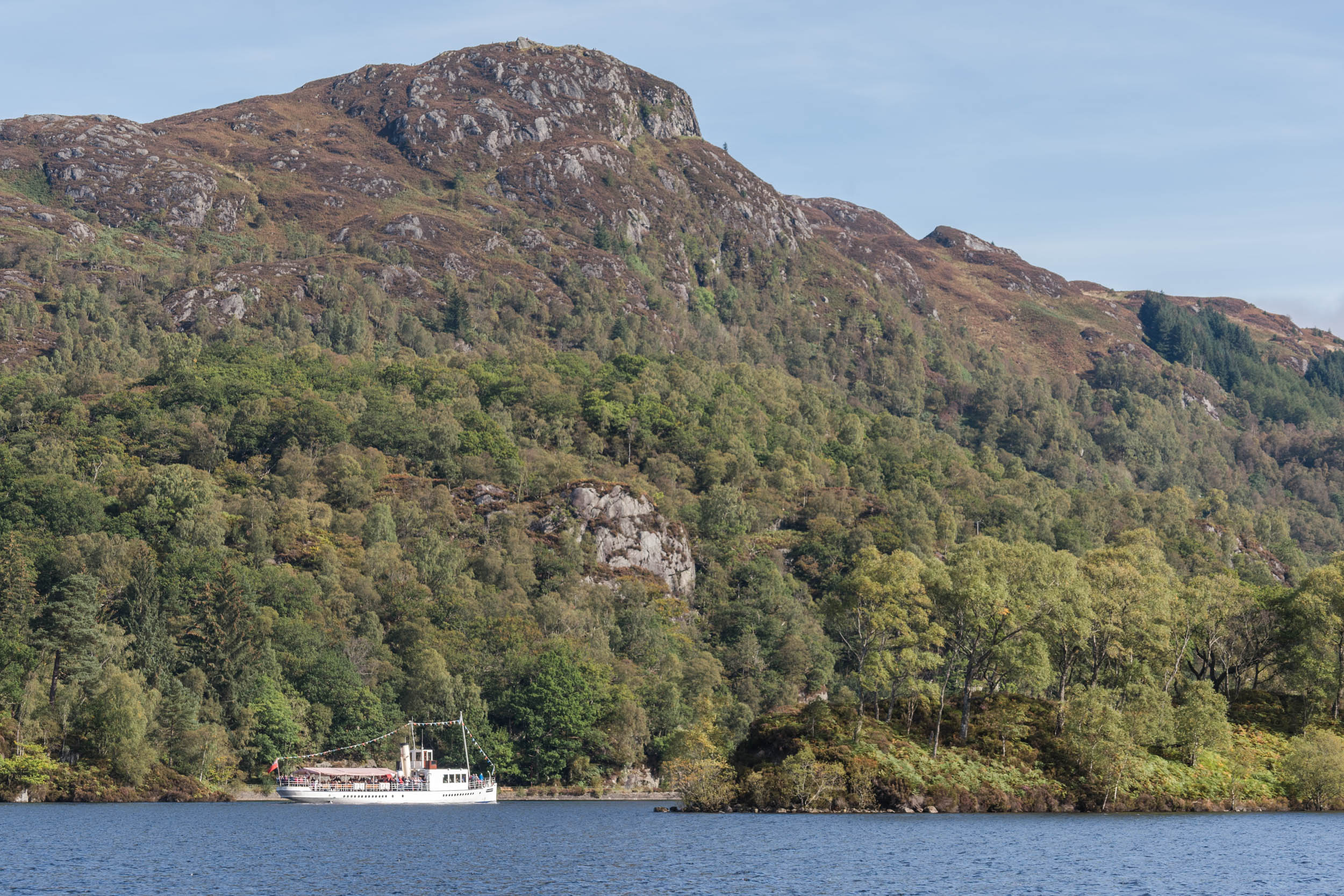 About the Loch and The Trossachs

The Trossachs, Gaelic for “bristly territory were formed during the last ice age. The ice has had a major impact on the landscape of Scotland and many of the typical features of a glaciated landscape can be seen around the loch. Strath Gartney where Loch Katrine is situated is a typical U- shaped valley eroded by glaciers. Resulting in a body of water that is very deep, 154m with narrow beaches and steep sides. The glacier that dug out loch Katrine was very think in some parts, covering the hills around the loch, especially on the south side of, where it merged with ice from the forth valley towards Loch Lomond.

When the ice retreated the loch was formed leaving something like what we can see today with lines of rubbles called moraines along the south shore – those at Glasahoile are most noticeable – keep an eye out for these if you are going on the boats. Also left behind were the rocky peaks of Ben A’an and Ben Venue, scarred by the rocks scoured across them by the ice; as well as the characteristic Trossachs mounds and crags between the hills. Many streams run into the loch from the surrounding hills provide a constant supply of pure clean water for the reservoir built in the 19th century.

Loch Katrine is home to many wild life species, there is every likely hood that you will see Barnacle and GreyLag Geese, Cormorants, Buzzards, Wagtails, Robins and many other birds as well as wild Goats, and the elusive red and roe Deer.

There is an abundance of fish in the loch with principle species being brown trout and pike. There are also some Arctic Char in the loch, leftovers from the last ice age, they like a cold deep water habitat.

The catchment area around the loch is now a National Nature Reserve (NNR) called The Great Trossachs Forest National Nature Reserve which is equal in size to Glasgow, The Great Trossachs Forest NNR is one of the most significant woodland regeneration projects to take place in the UK for a generation. The partners have a shared vision for the area –“Imagine a spectacular landscape, stretching from loch shore, through pasture and wooded glens to open moorland, with high peaks in the far distance. At the woodland edge, black grouse display on a Spring dawn. Cattle graze among the trees and butterflies frequent the plentiful wildflowers. An eagle soars high above the mountains.”

If you can, spend some time around the loch to enjoy it’s secluded ruggedness and wild feel. Take a walk on one of the many new paths or a quiet sail on the Sir Walter Scott. 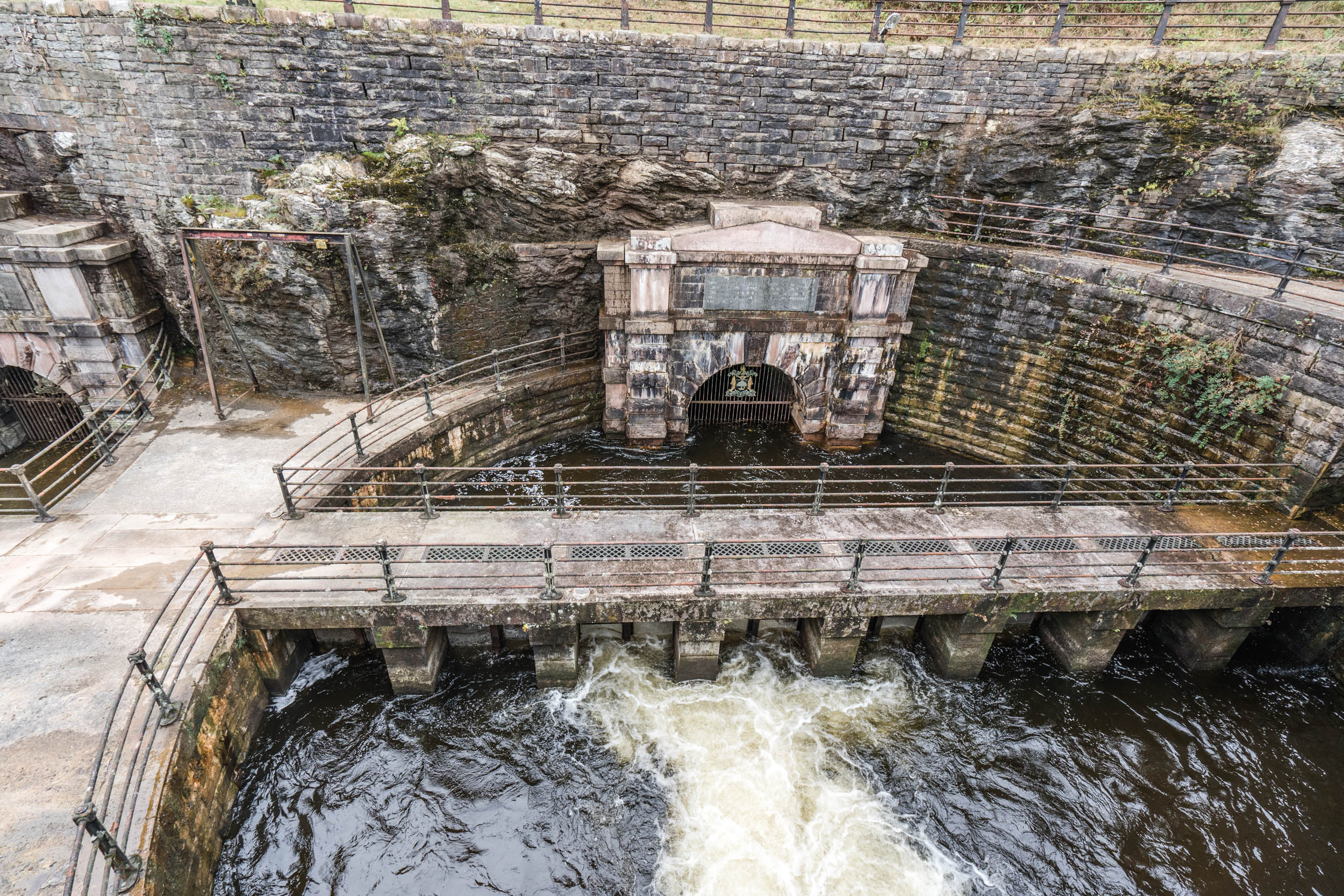 Loch Katrine water works project built and designed by John F Bateman, consists of a Dam at the east end of the loch which was used to raise the natural summer level of Loch Katrine for the first time by some 1.2m with water fed through an aqueduct network by gravity to Glasgow via a holding reservoir at Mugdock, from two 26 mile long aqueducts and 13 miles of tunnel. The aqueduct network cost £468,000 and is in two parts — the first 41.5km long, between Loch Katrine and Mugdock Reservoir north of the city. Some 14.5km of arched aqueduct was built in open cut and 21km involved tunnelling through hard rock, while the final 6km consists bridges over river valleys. The second part is a 13km aqueduct of twin cast iron pipes from Mugdock Reservoir to Glasgow. The 2.4m diameter subterranean tunnels are unlined and have been constructed to a flat gradient of 158mm per kilometre. All the rock boring had to be done by hand as this was before pneumatic tools wereavailable.

The second longest of the 70 tunnels, immediately after leaving Loch Katrine, is 2,126m long and lies 183m below the summit of the hill.

By 1883, demand in Glasgow was outstripping supply. Under Parliamentary Acts of 1883 and 1885, authority was obtained to raise the level of Loch Katrine a further 1.5m and a new masonry dam was built just below the original. Another aqueduct was constructed too, increasing the scheme’s capacity to 318million litres of water per day.

The third raising of Loch Katrine took place in 1919-29 when another 1.5m was added to the Achray Dam at its eastern end. This allowed the city to use a 5.2m depth of water, which provided nine months storage supply. The dam now has 13 sluices, of which six have gates.